Hey hive mind, should I sue? 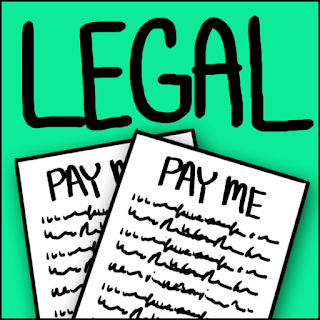 I was promised a fair sum of money to write a play for a well-known cultural institution in San Diego. I delivered and, a short time later, there was a board meeting in which everything changed. The program was canceled and, while there was a promise to get the playwrights paid, no such thing has happened.

My question is: should I bother with trying to collect?
Posted by Unknown at 10:35 AM No comments:

Why Plays About Love

My plays are about what strong, smart, funny people do with the powerful emotion called love. Some fight it (The Rules of Engagement), some negotiate (Love Negotiated), some miss out (The Art of Love), and some come to accept it (Patsy Presley and the Patron Saints of Swing). But all of my characters do these things in funny, touching and entertaining ways. I hope you like my stuff.

Love Negotiated
Cast: 4 W, 4 M
This hilarious comedy is about love, except no one knows what love is. Some try, some succeed, some fail but all are trying to negotiate love amongst lawyers, exes, pre-nuptial agreements, post-nups and a lot of fear. Keep an eye out for details on a new publisher in 2012.

The Rules of Engagement
Cast: 7 W, 2 M
This play serves up several opportunities for women and especially women in stage combat. Follow Libby/Presta as she traverses the states of woman from maid, to lover, to mother to crone and even Goddess.

The Art of Love
Cast: 5 W, 6 M
Three 10-minute scenes that take place in galleries of the San Diego Museum of Art. A great one act or three great 10-minute pieces about losing and finding love.

No Problem
Cast: 2 actors
See if you can follow what One is saying to Two. Kevin can't and he wrote it. We think you'll love it. See the video.

The Cake Women
Cast: 4 W, 1 M
Paul can't get it right with women -- and his former girlfriends haunt him when he's with the new ones. The Cake Women is published by Smith & Kraus, and available online at Barnes and Noble.
Posted by Unknown at 11:18 PM No comments:

Kevin Six was the 2009-11 Playwright in Residence at Swedenborg Hall. His play, The Art of Love, was the 2008 winner of The Scripteasers’ Script Tease of Short Plays, and performed at the Last Frontier Theatre Conference in 2013. Kevin's play The Cake Women was published in 2008 in Smith and Kraus’ The Best 10-Minute Plays of 2007.

Kevin’s Love Negotiated was a finalist in the 2006 Diverse Voices Playwriting Contest sponsored by the Hinton Battle Theatre Laboratory, was produced to critical success in 2008 and published by Next Stage Press in 2012.   Kevin has directed for 6th@Penn, Lotus Theatre Collective, and New Play Cafe.  As an actor, he has appeared at Compass, Intrepid Shakespeare, the Old Globe, Fritz, the Marquis, Swedenborg Hall and Scripps Ranch theatres as well as on several industrial and commercial film projects.
Posted by Unknown at 11:17 PM No comments:

Kevin Six can be reached many ways...

Videos of Kevin's Work (please note that plays on video are never as good as plays in a theatre).